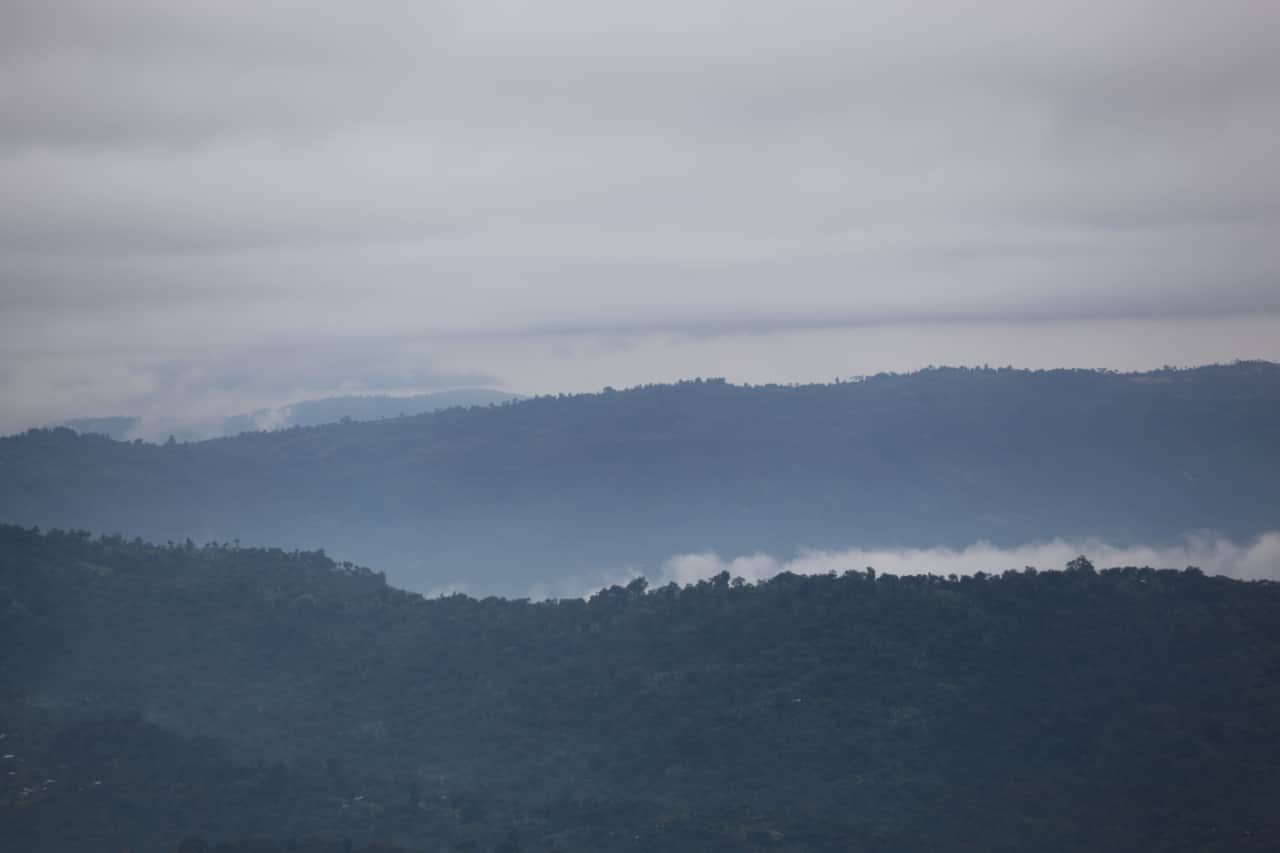 Tadesse had a challenge on his hands since the farmers were used to the way co-operatives were controlled by the past communist regime. Those co-ops were not controlled by or managed for the benefit of the farmers. Tadesse told the farmers about the democratic co-ops he had learned about in Japan where the members owned and controlled the organization.

By working in democratic co-ops, coffee farmers can access the market directly, bypassing coffee traders, and get a higher price. They can also use the co-ops to collectively improve their communities. These new co-ops are part of the international co-operative movement and follow the principles of co-operation which include voluntary membership, one member one vote, education, and concern for community. 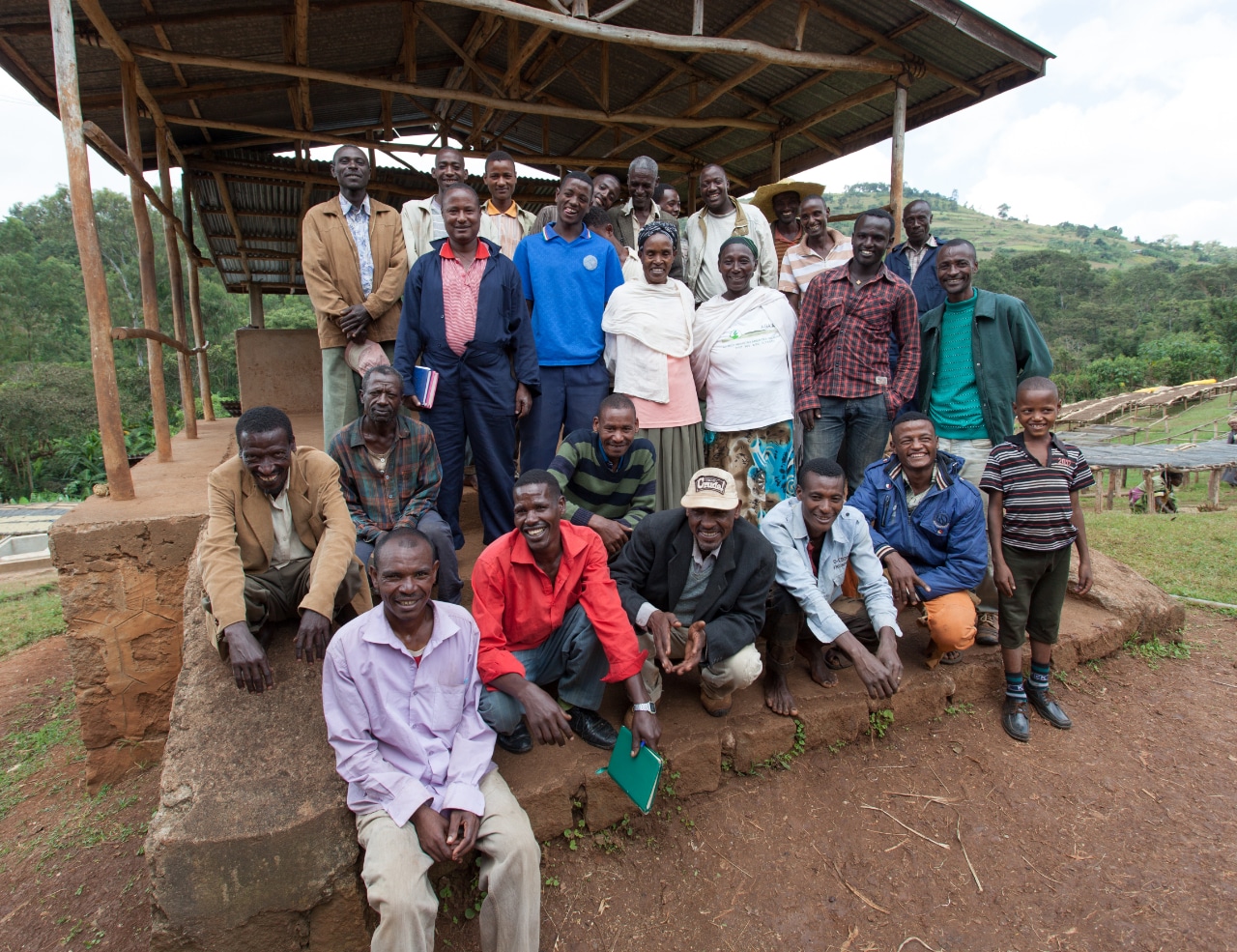 At the end of his organizing efforts in 1999, Tadesse had 34 co-operatives with 22,503 members. By 2008, this number had grown to 360 co-operatives with 330,000 members. Each membership is held by a family so the number of people involved is close to half a million. Tadesse has since retired but he was the manager of the Oromia Coffee Farmers Co-operative Union (OCFU) which is a union of these co-ops.

One of his main efforts was to increase the amount of coffee these co-ops sell through Fairtrade Certified and organic channels. 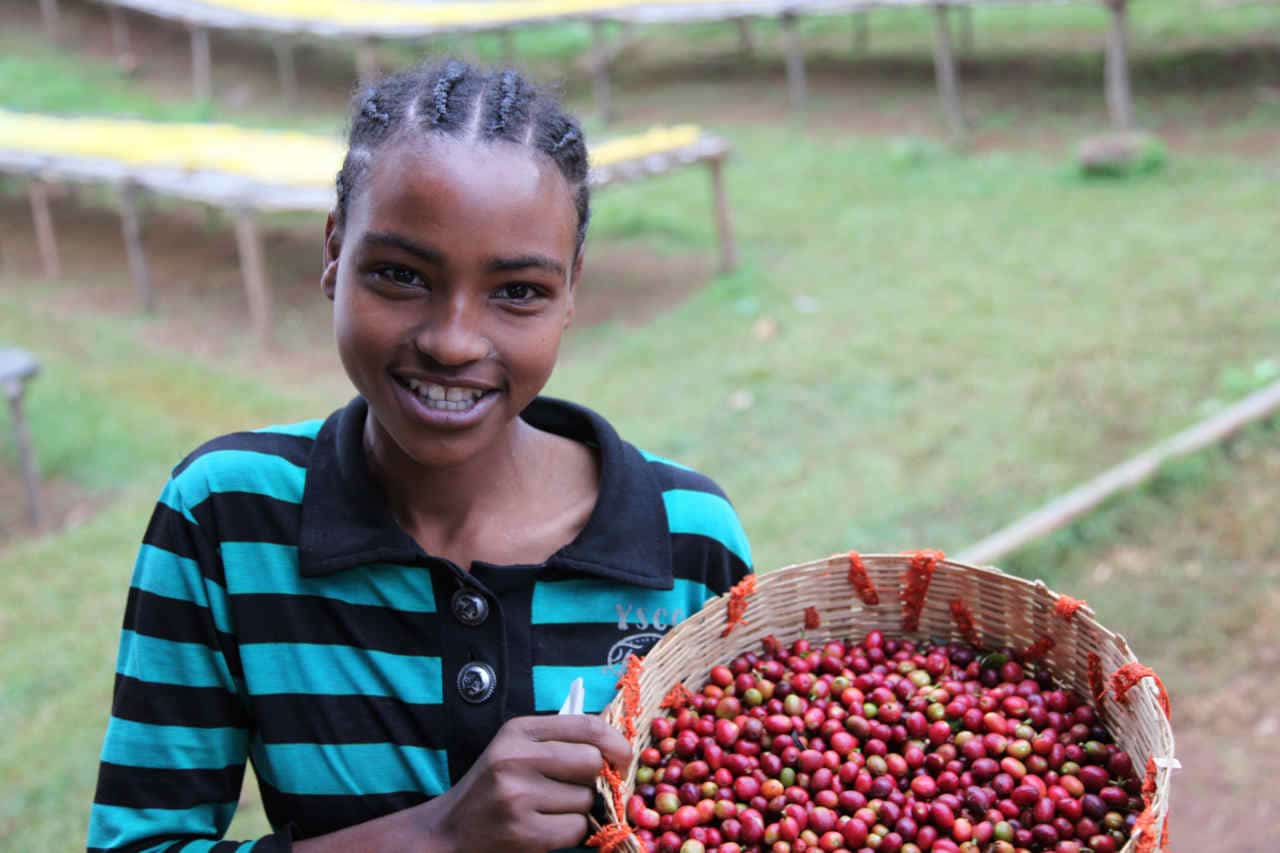 Planet Bean buys three fine coffee origins from OROMIA. Ethiopian Yirgacheffe, and Sidamo. They are all Fairtrade Certified and organic. Each of these origins have been registered as part of the Ethiopian Fine Coffee Trademark Initiative of which Planet Bean was the first Canadian signatory.

Tadesse visited some of Planet Bean’s supporters including student groups, churches and cafes. He was also able to find his coffee on the shelves of a supermarket.

Tadesse explained how difficult it is for individual Ethiopian farmers to get a good price for their coffee and much work goes into producing a pound of coffee. Each cherry is picked from the tree when it is red ripe, this means several trips to the same tree over the harvest. The coffee is then processed, cleaned and sorted by hand. Only the best beans make to Planet Bean’s roastery. 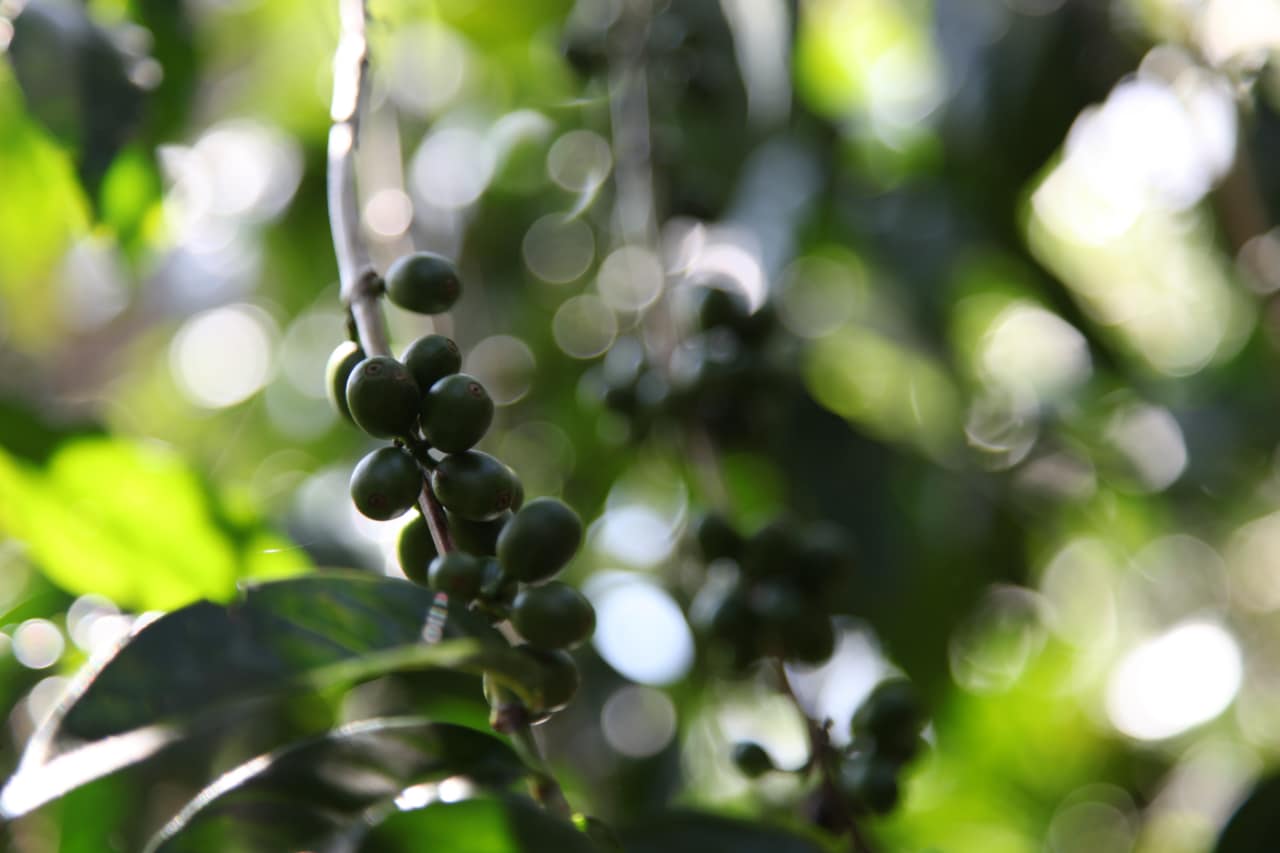 Since the coffee is organic, the farmers often have to use manual labour to keep the weeds down or dig compost into the soil around their plants. It is hard work but it pays off through an organic price premium. Getting a good price for their coffee is key to their survival.

Ethiopia is a country that faces immense challenges:

About half the population is under 16 years.

Only 5% of the population has secondary or higher education.

Most Ethiopians earn about $2 per day.

15 million families depend on coffee for income.

The farmgate price of coffee is well below the cost of production.

Now though co-ops selling in the Fairtrade Certified market OROMIA’s members have been able to make improvements to their families’ lives and their communities. Some farmers have changed their grass roofs to corrugated metal. Many families are now able to send their children to school.

A major problem in rural areas is access to clean water.

Other community projects include:

Investment is also being made toward improving coffee production through a state of the art coffee processing facility.

Farmers also learn about governing their organizations and are responsible for keeping the finances of the co-ops in order. The creation of this new village based social infrastructure is one of the exciting developments that fair trade certification brings to communities.

In 2005 OCFU members worked together to collect $6.4 million to establish the Oromia Coffee Farmers Co-operative Bank, the first of its kind in Ethiopia.  Now with 77 branches and an impressive 97% loan repayment rate, it is one of the most successful banks in the country.

Since Ethiopia is the birthplace of coffee it is also its genetic home. It is the only place we can find new genetic varietals of the plant. There are thousands of unique coffee varieties that grow in the mountain forests of Ethiopia. Little research has been done on these coffees and for those who love coffee, the possibilities of new flavours creates a great deal of excitement. 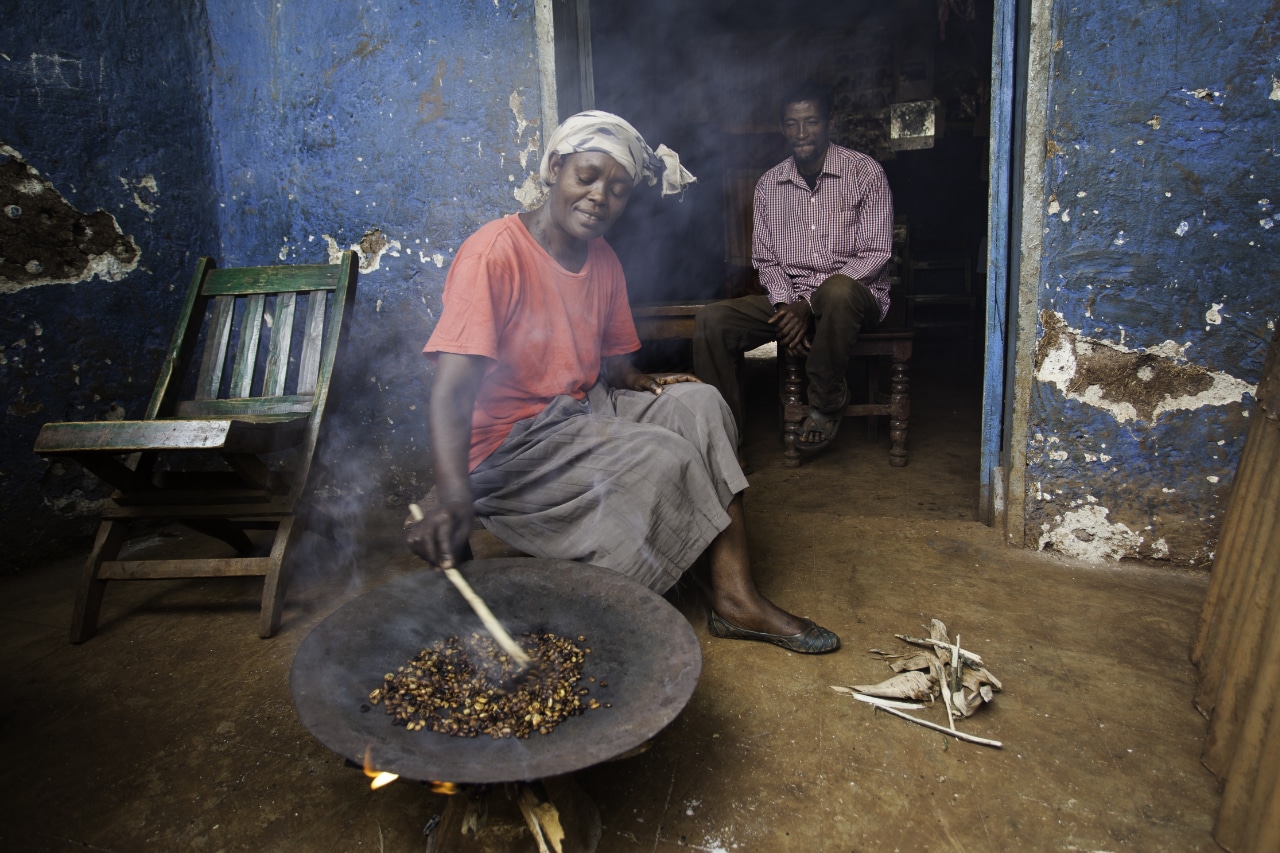 Our Ethiopian coffee is certified organic and grown in the shade of forests. Ethiopia has the greatest bird diversity on the continent of Africa. These forests preserve habitat for birds and other creatures. Shaded forests also aid in water cycling and soil conservation. Farmers gather firewood and grow crops for food or medicine in them.

This important legacy of biodiversity should not only be explored but also protected.

Ethiopia produces some of the finest coffees in the world. They have unique flavours and aromas that not only make them different from the coffee grown in other countries, but there is also a great variety amongst the coffees within Ethiopia. Harar, Yirgacheffe and Sidamo are the most famous of these unique coffees. In order to protect these origins Ethiopia has initiated an intellectual property protection strategy through a Trademark. Now people can be assured that the coffee they purchase under the trademark program is authentic, and that the added value of these unique origins is benefiting Ethiopia.

This error message is only visible to WordPress admins